Have an extra pint of blueberries on your hands? Follow my easy recipe to make pickled blueberries! 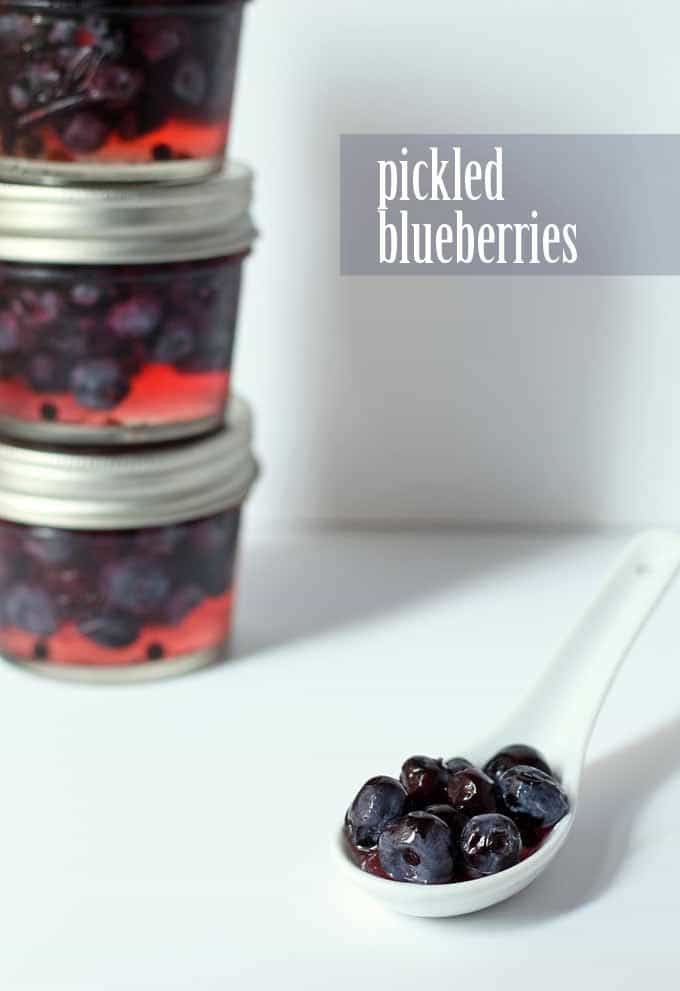 My kitchen seems to be full of two things this summer: vinegar and blueberries.

Tuesday, I shared an easy recipe for homemade berry vinegar and today you get a recipe for pickled blueberries. I didn’t mean to share both of these this week, but it is happening.  Blueberries are still available abundantly so it’s a good time to get on these recipes. 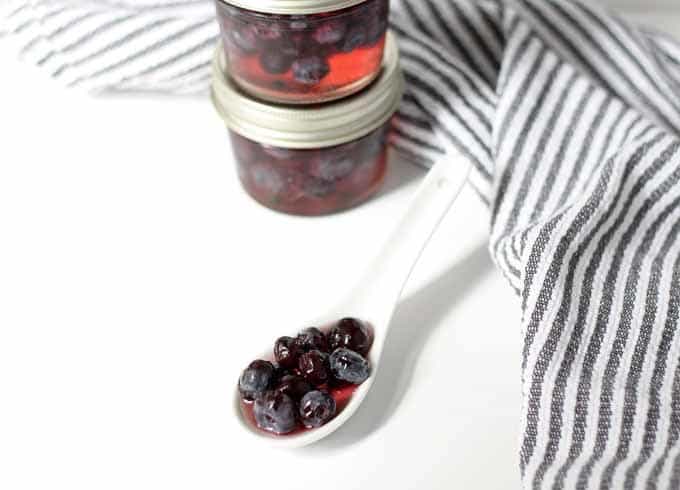 I know that pickled blueberries sound strange – in fact I wouldn’t have even made these if I hadn’t seen this article on Saveur’s website.  But I bought a lot of them because they were on sale and wanted to preserve them.  Jelly and jam came to mind, but that’s so… normal.  Their pickled blueberry recipe was the perfect starting off point.

I knew I didn’t want to add onions like they did – I wanted something to help bring out the sweetness instead of adding to the tanginess of the vinegar.  Cinnamon seemed like the perfect addition.  A little black pepper and bam.  I know, it’s probably not that simple but pickling is way easier than I thought it would be and I’m glad I’ve been bitten by the pickling bug. 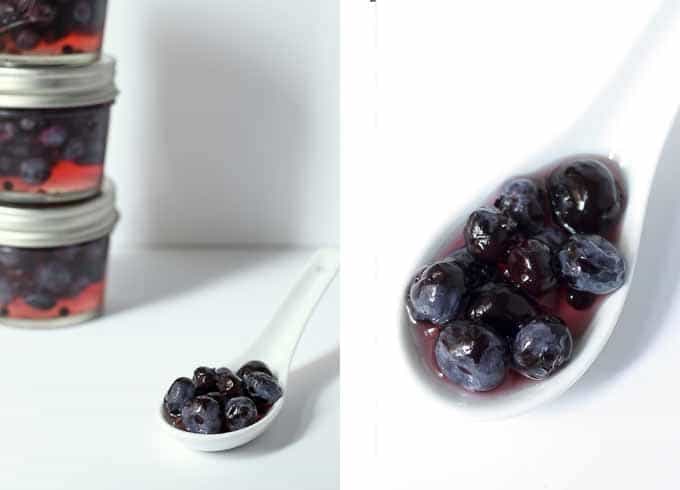 Now you’re probably wondering – what the heck am I going to do with pickled blueberries?  Mr. B says that on their own they taste like blueberries and a honey explosion.  Not sure I agree with him but I wanted to share his thoughts anyway. :)~

I think that the tangy vinegar really compliments the sweetness of the berries and they are/will be perfect in savory dishes.  Think grilled cheese and brie and, really, anything with cheese. 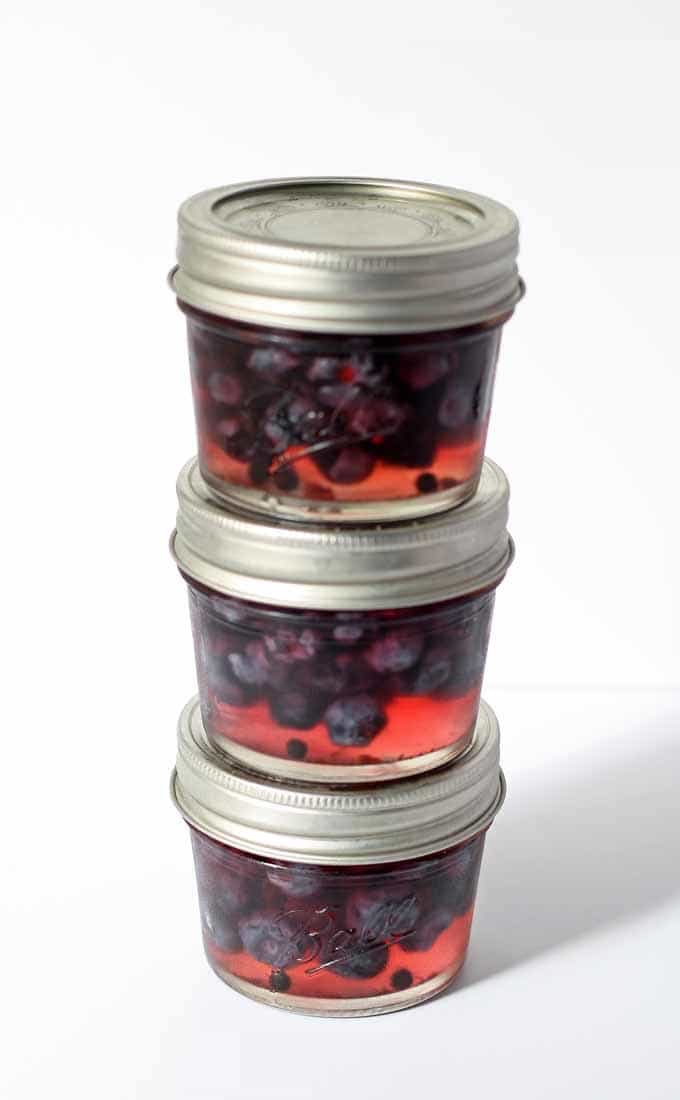 I did not can them, but I imagine that you could follow any of the many pressure canning tutorials out there to preserve these blueberries even longer.  Otherwise, I would say the jars would be good about a month in the refrigerator. 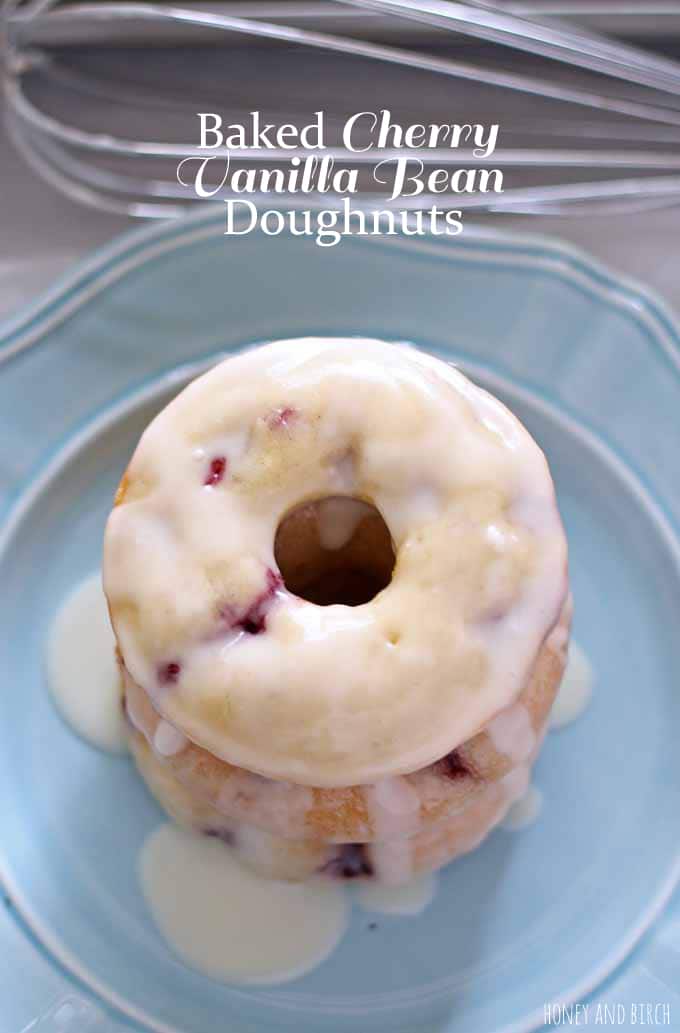 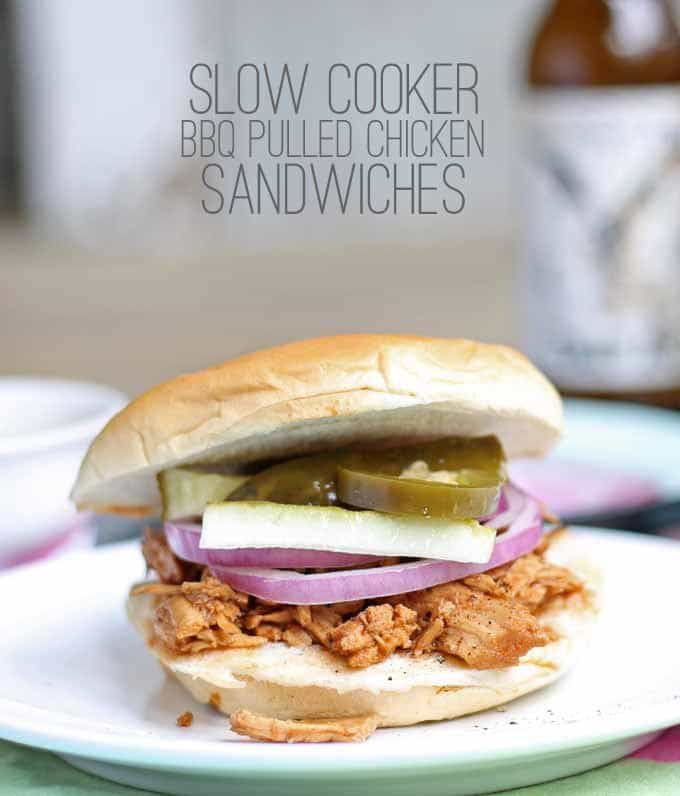 This sounds fantastic! I've never even heard of doing this. I am so curious - definitely pinning to try this!

Good post as I stumbled here doing a Google search for "pickling with blueberries", which is something I read about in "Plants That We Eat" by Anore Jones. (It is a book on gathering & preparing wild plants based on traditional Iñupiat and other AK Native cultures.) Adding pickled blueberries to my to-do list this fall/winter, providing I am able to pick enough!

That's awesome KarieAnn - I think you will be surprised when you try them. Not just by how easy they are to pickle but by the unique flavor of the blueberries afterwards. Even if you just pick a small amount, consider modifying the recipe and trying it in a small batch - pickled blueberries are my favorite summer treat!

Oh my goodness! I have never thought to pickle blueberries, but we have blueberry bushes that I've been trying to figure out what to do with. This would be perfect!

It's quite easy, and they are very tasty! I hope you enjoy them!

I've pickled cherries and loved them. Rhubarb too. Blueberries seem like a natural. Beautiful. GREG

Thanks Greg! I have to try pickling cherries next!

hey, thanks for the great article, but you should elaborate more on the taste, how is it, much different from the frozen and will it be fine to use in baking?

Thanks for the advice Alla. I wouldn't use pickled blueberries for baking because they are pickled. Also, it is completely different from frozen because the flavor profile changes because of the vinegar.