Delicious carrot cake cupcakes, filled and topped with sweet bourbon cream cheese frosting! Made with a sample of Rodelle vanilla extract and a huge dose of love. 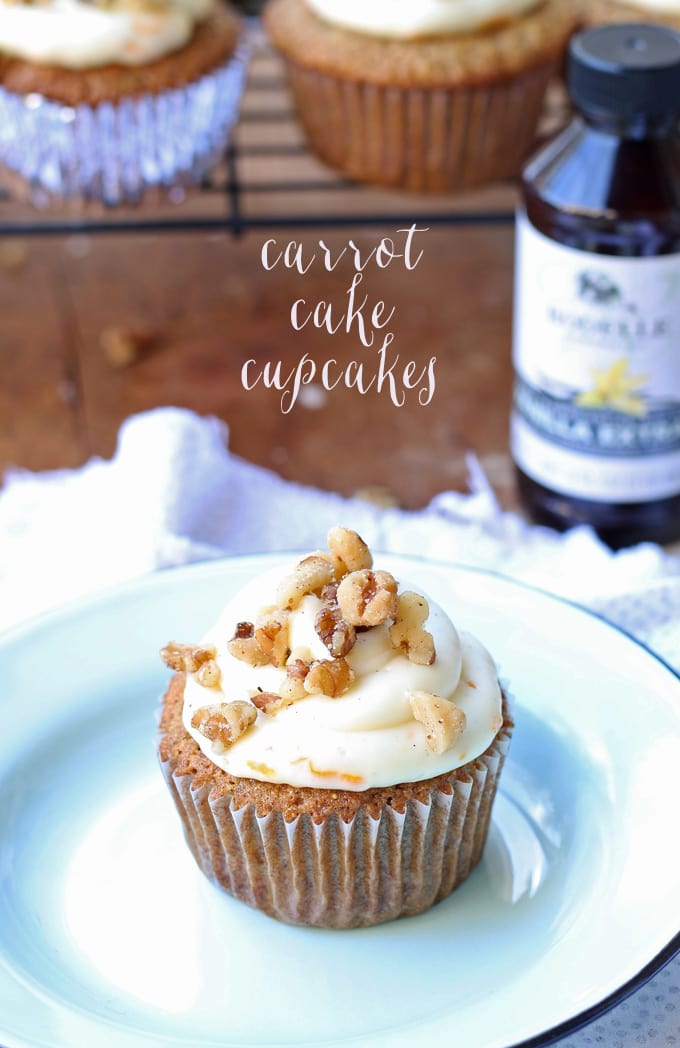 I have been on a baking kick lately, if you haven’t noticed. Between mini banana bread loaves and quite a few cupcakes (here and here), my oven has been on non-stop. And I’m not stopping just yet!

Today I have another baked good to share with you – carrot cake cupcakes!

Today’s recipe is special because I’m trying to win a year’s supply of baking supplies from Rodelle and this post is my “entry.” I was sent a bottle of Rodelle vanilla extract and tasked to make one of the recipes off of their website.

Whoever gets the most engagement will win and who wouldn’t want to win baking supplies?

I did some searching and found a recipe for layered carrot cake that made me excited, happy and hungry. That is quite the food feeling trifecta.

Of course, I had to change it up because that’s just the way that I work. I thought about making it as a cake but couldn’t resist the opportunity to mix it up. This is the Rodelle Recipe Remix, after all. 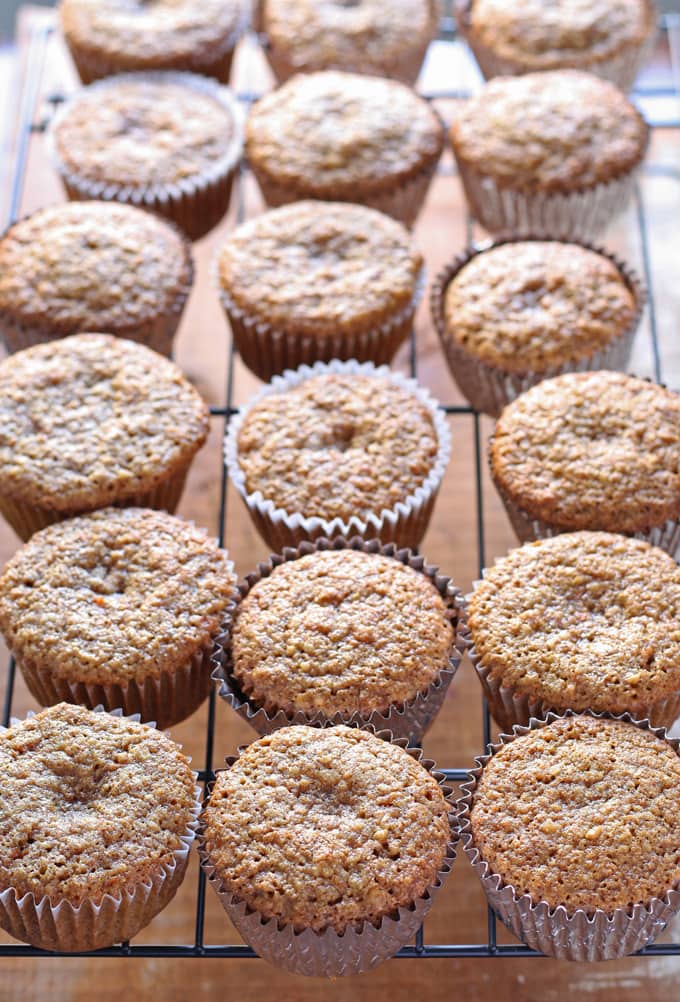 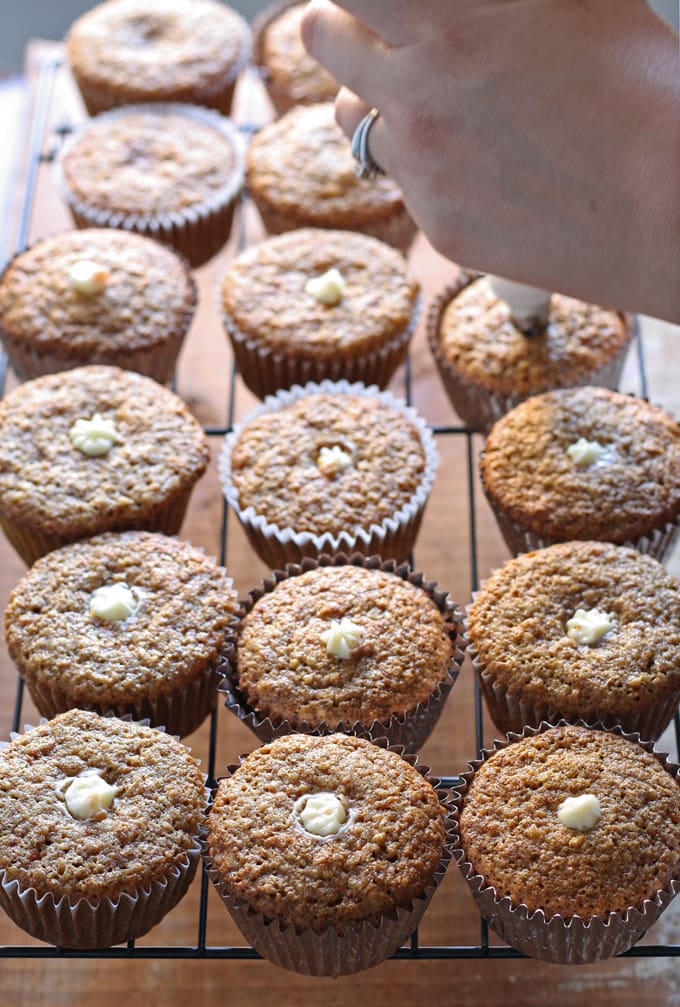 If you have never made carrot cake before, then I am going to be the one who warns you – it is not easy. If anyone has ever made you carrot cake, run out and give them a hug because I spent about 3 hours making these cupcakes.

I was a little frustrated at the end and then I ate one…. heaven. Seriously, heaven in a cupcake wrapper.

The centers sunk a little bit but its okay because I filled the centers of each with cream cheese frosting. To do this, I pushed a filled piping bag into the center and squeezed frosting in.

We even tried an experiment – some of the last batch were a little small and I used frosting to plump them up a little. I love a filled cupcake. 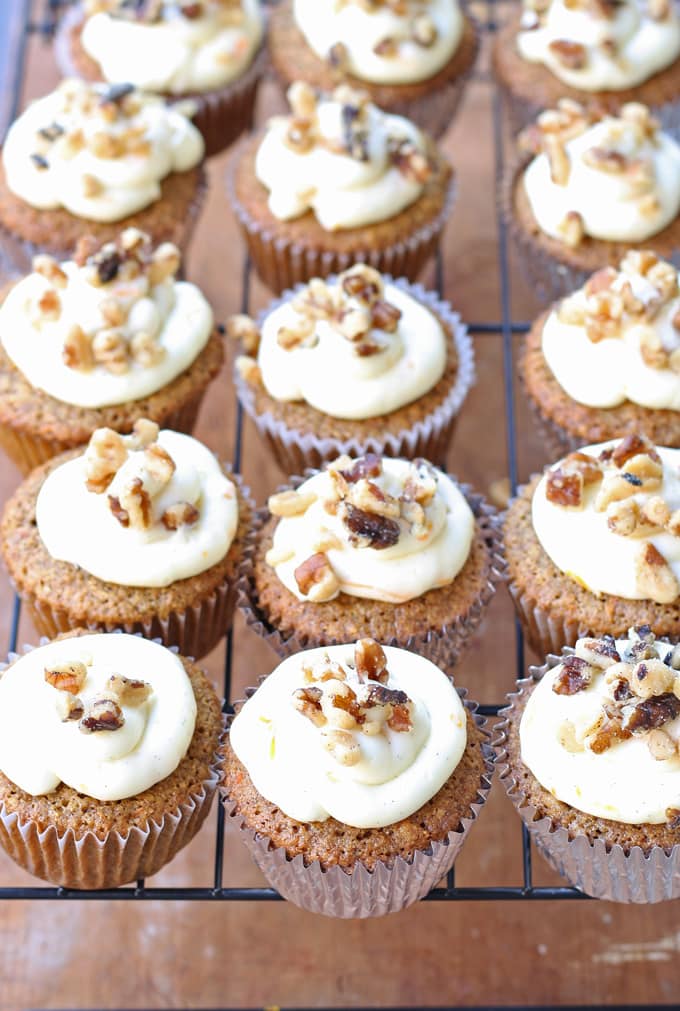 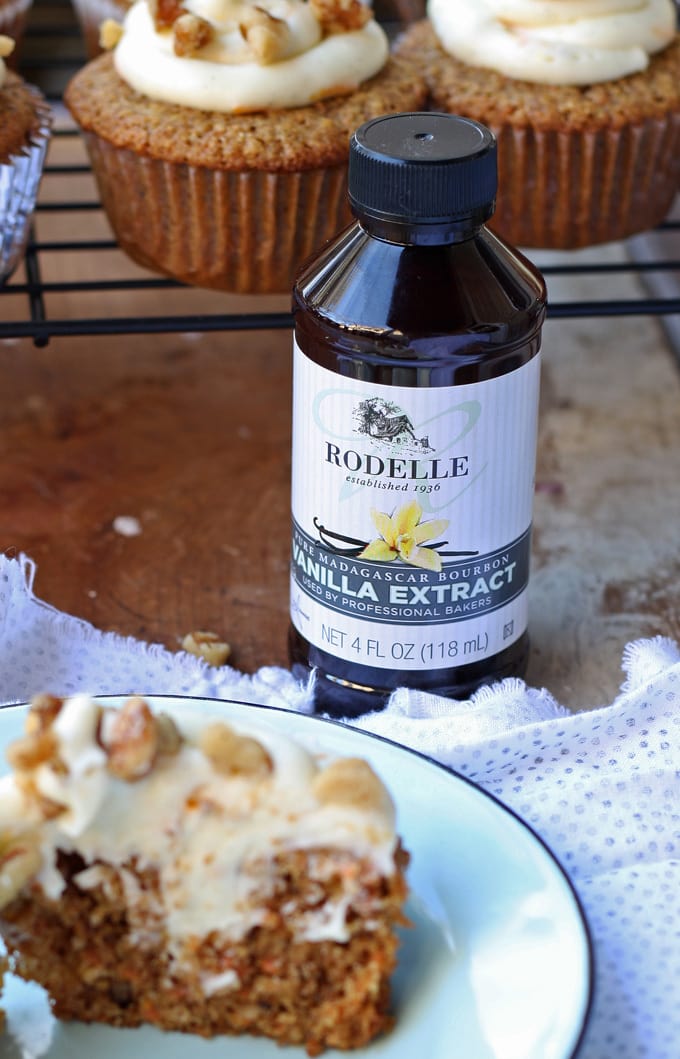 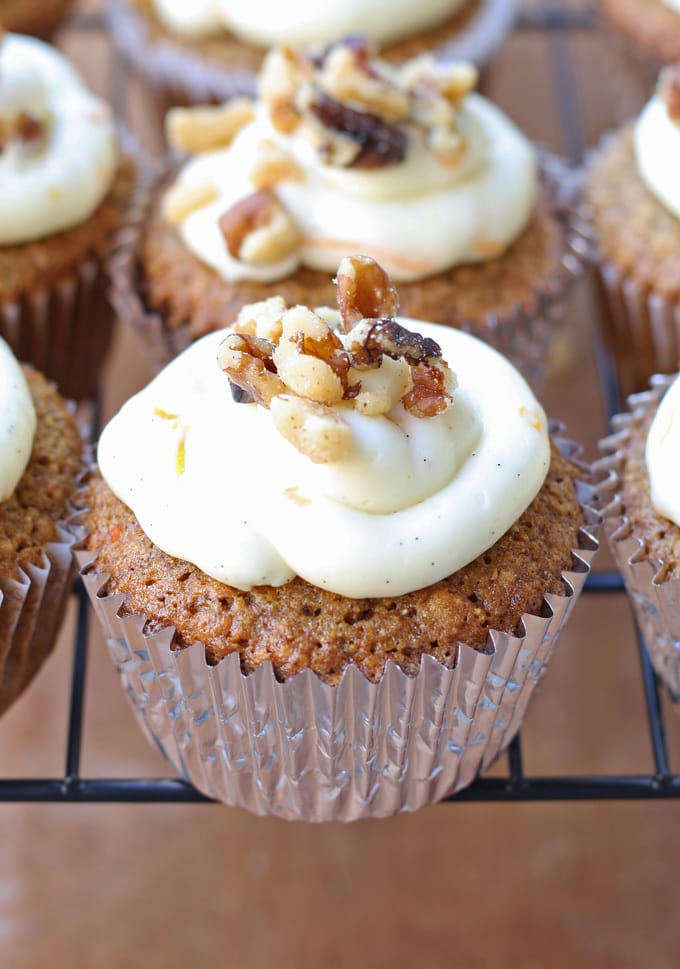 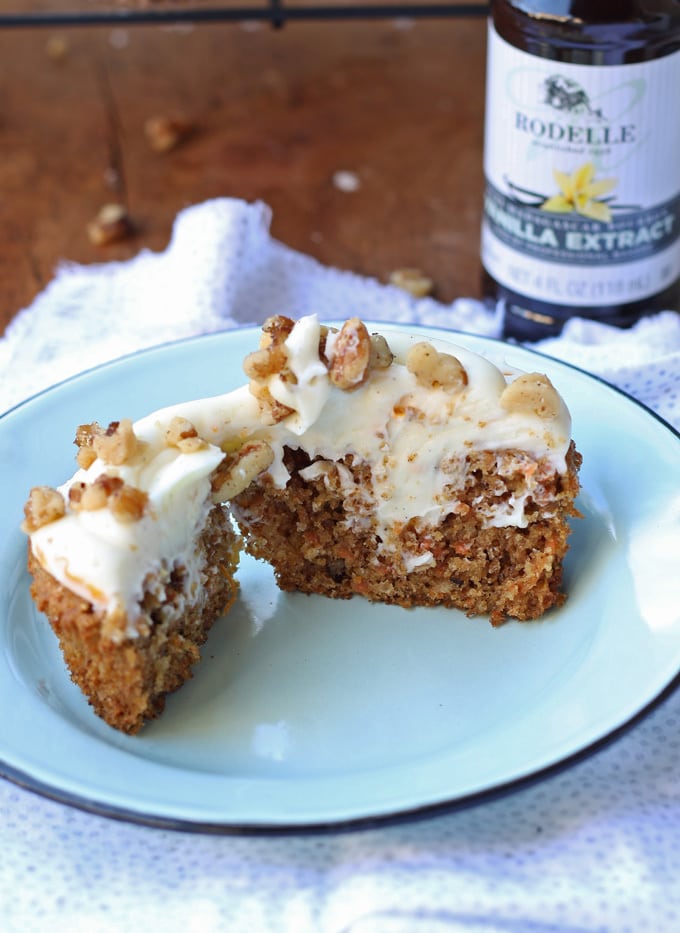 Disclaimer: I was provided with a free sample of Rodelle vanilla to facilitate my contest entry. 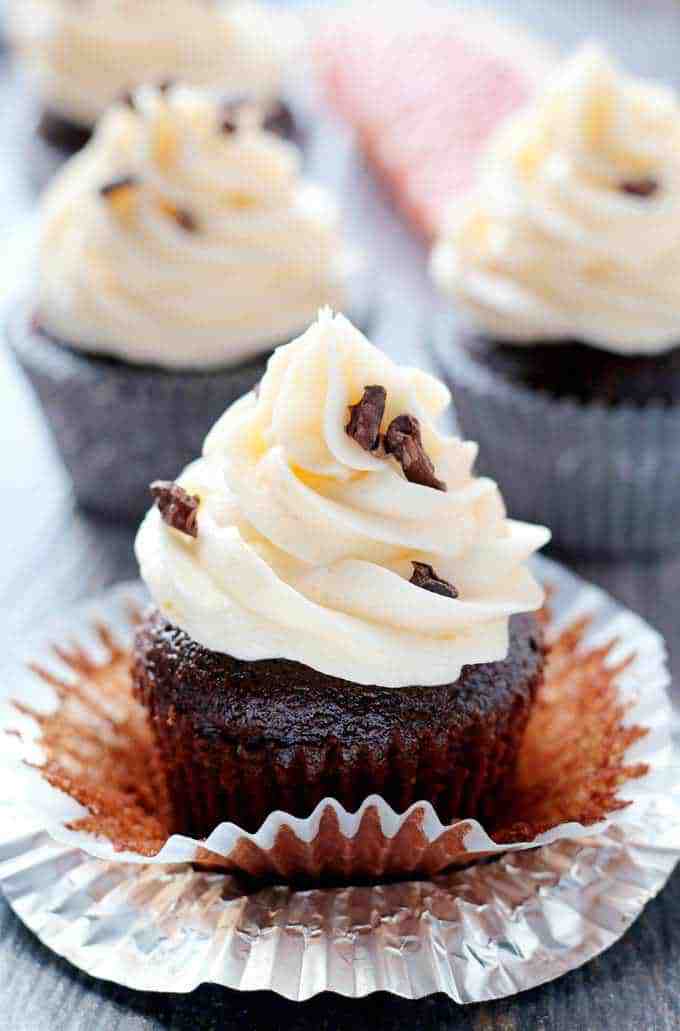 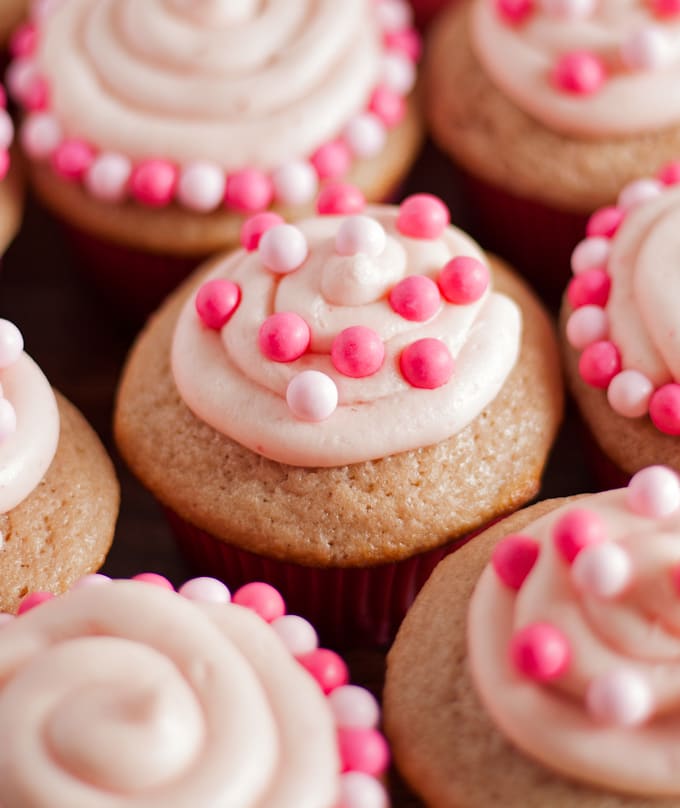 These look like awesome cupcakes! I love carrot cake in any form! Thanks for bringing this by Throwback Thursday!

Your recipe and photos make the carrot cake irresistible. I have not had carrot cake in a long time and that has to change now.

I'm saving this recipe for the next time I want to surprise my hubby with something special! Thanks for sharing :)

these look so delicious, cant wait to try them out!

These look and sound so good! I loved a cream-filled cupcake myself! Thanks for sharing!