These Smashed Potatoes with Vegan Mushroom Gravy are the perfect vegan alternative to traditional mashed potatoes and gravy. Easy to make and delicious!

This post is brought to you in sponsorship with I Can’t Believe It’s Not Butter!

Thank you for supporting the brands that I love. All opinions are my own.

I have been having a great time making and eating vegan dishes with I Can’t Believe It’s Not Butter! It’s Vegan buttery spread. After my Vegan for a Day experiment, I’ve been turning all of my everyday favorites into delicious vegan dishes.

I started talking to my friends about all of the vegan recipes I have been creating and I found out so many of them eat vegan occasionally. My one friend’s wife is totally vegan and I had no idea. As it turns out, we both have been buying nutritional yeast in bulk! We started talking about which of our favorite foods would be great for vegan alternatives and the ideas were flowing.

Mashed potatoes and gravy are always a crowd pleaser so I made a vegan version – Smashed Potatoes with Vegan Mushroom Gravy. It’s my new favorite vegan side dish. 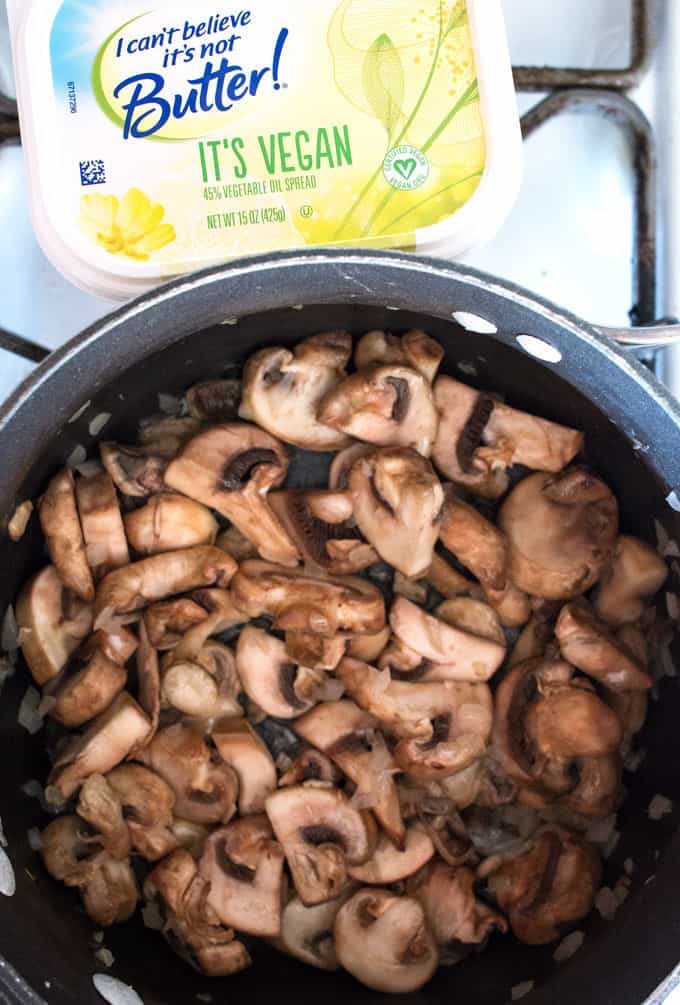 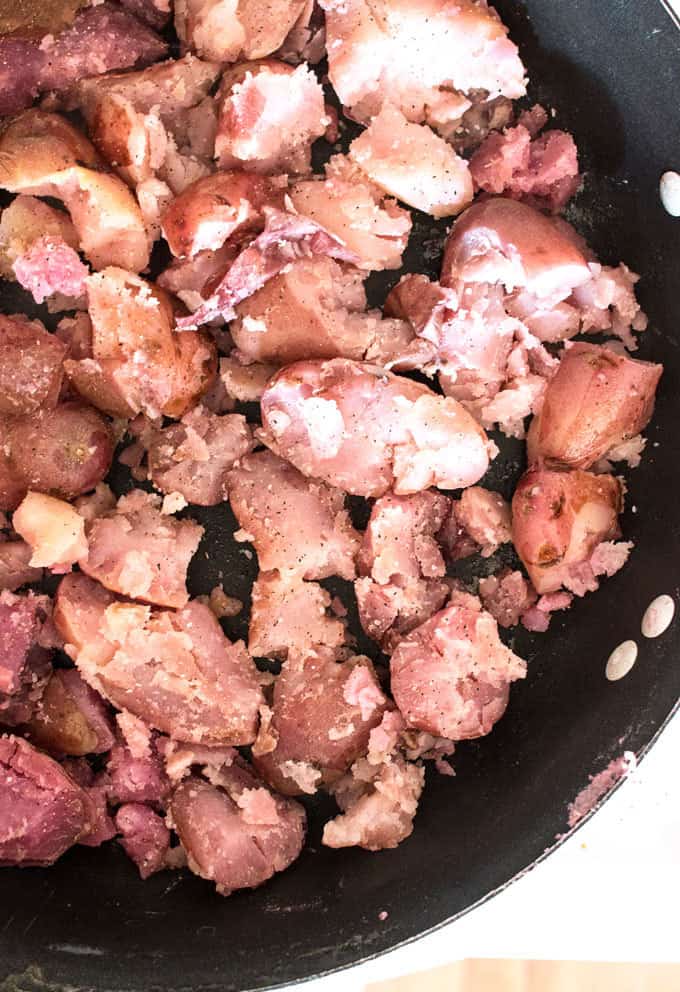 Start by boiling some fingerling potatoes. They’re nice and small so they cook quickly. While the potatoes are cooking, you can start making the mushroom gravy.

Melt some I Can’t Believe It’s Not Butter! It’s Vegan spread in a medium pot. It is made from real, simple ingredients—just a blend of plant based oils, purified water and a pinch of salt. It’s Vegan has an incredible taste and is also gluten-free with no artificial flavors or preservatives. It’s perfect for sautéing the onions and mushrooms for the gravy.

Once the spread has melted, add your finely diced onion. This only takes a minute or two so make sure you have your sliced mushrooms ready to add.

When the onions are translucent, add the mushrooms. Stir everything together well and let the mushrooms cook for a few minutes. Once they are tender, add the vegetable broth, nutritional yeast, salt and pepper. Bring this all to a boil and then let it simmer.

By this time, the fingerling potatoes should be tender. Drain the water and pull out a frying pan. 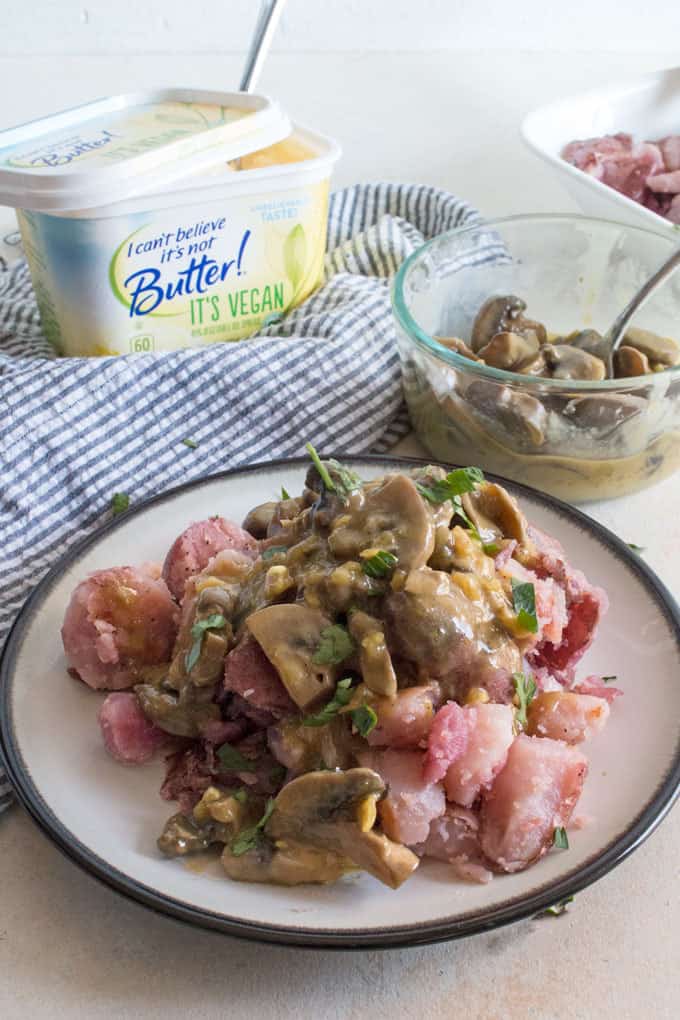 Add more I Can’t Believe It’s Not Butter! It’s Vegan spread to the frying pan. When it’s melted, place the cooked fingerling potatoes on the pan in an even layer. Grab a heavy wooden spoon and press down on all of the potatoes to smash them.

Don’t worry if they get a little messy – that’s half the fun of smashed potatoes. Sprinkle with some salt and pepper and then fry the potatoes for a few minutes on each side.

All the while, your vegan mushroom gravy will be simmering away, getting thicker by the minute. If you like a really thick gravy, I suggest adding some cornstarch.

Spoon the smashed potatoes onto a plate and then pour the mushroom gravy on top. I never knew vegan gravy could taste so good!

Follow I Can’t Believe It’s Not Butter! on social media!

What a great side dish for the fall season! Hope you have a great weekend and thanks so much for sharing your post with us at Full Plate Thursday! Miz Helen

Jhuls | The Not So Creative Cook

I am super crazy about mushroom gravy! This sounds perfect! Thanks for sharing at Fiesta Friday party! Have a lovely weekend!

I love mushrooms! Neat idea to use it over smashed potatoes instead of mashed, I'm going to try it!