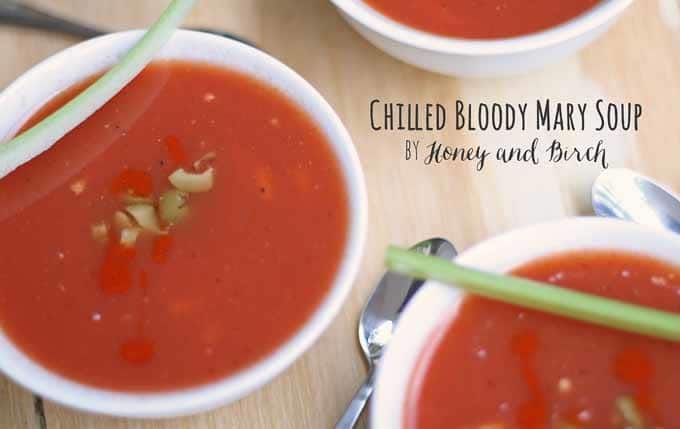 I did it.  I went off the deep end food-wise.

Not sure what possessed me to combine two of my favorite things – bloody Mary’s and soup – but it happened.  And it’s delicious.

Ever since I started this blog I have been torn between creating Frankenstein like food creations that are entirely unique and rendering my own versions of easy and traditional recipes.  Traditional usually wins out. It’s what I know and there is less chance of screwing up.  Almost every time I try something a little strange it ends up in the garbage and I really hate wasting food.

But this time I got the idea in my head and I couldn’t get it out.  I originally planned to make my own version of gazpacho because even though its July, I miss soup.  I found a chilled tomato soup recipe in 400 Soups

(affiliate link) that sounded pretty good, but boring.  It got me thinking about making my own tomato juice, which led to making bloody Mary’s from scratch.  Which led to bloody Mary soup. 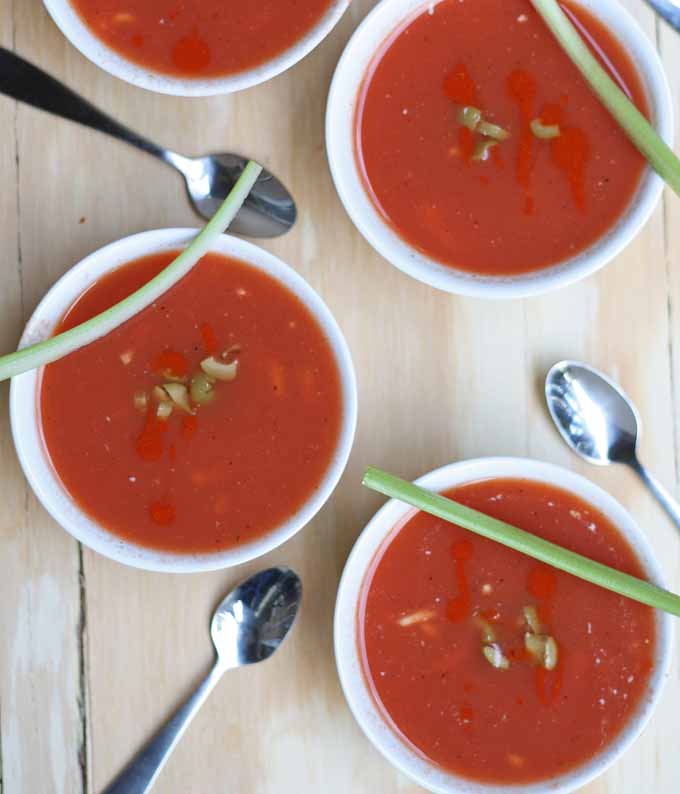 Turns out that it has been done before (I did a quick Google search before I started writing this), but I refuse to look at any of the other chilled bloody Mary soup recipes out there.  Even though it’s not my unique Franksteiny food idea, it’s still not an ordinary and traditional recipe.

This recipe would be a lovely addition to a passed hors d’oeuvre menu – perhaps in little shooters on little trays?  It would also be great for a formal dinner’s soup course.  So many flavors and ways you can garnish it to really make it your own.

If you do decide to make it, please let your imagination run wild when garnishing.  Doing this shooter style?  Why not rim the shooters with homemade bacon salt.  Or top with a dash of vodka that hasn’t had the alcohol cooked out.  If it is in a larger bowl, you can serve it with salt crusted spoons and crunchy bacon or croutons that have been coated with paprika. 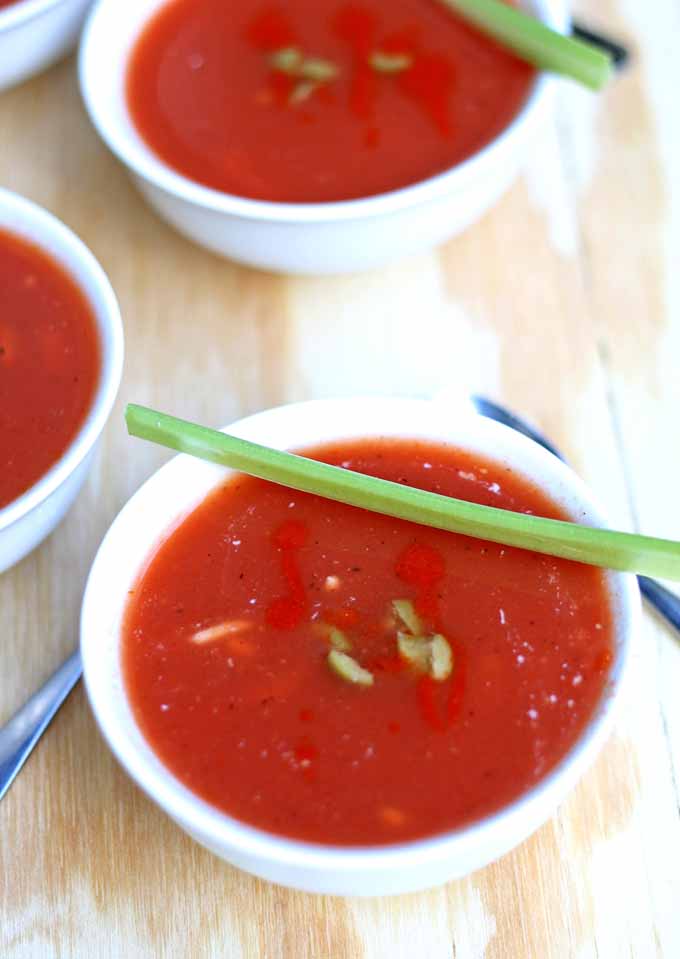 I love tomato soup and Bloody Mary's so this look really delish. I will have to test this out.

This looks so good. Thank you for sharing the recipe.

Wow this sounds so good. Pinning for later.