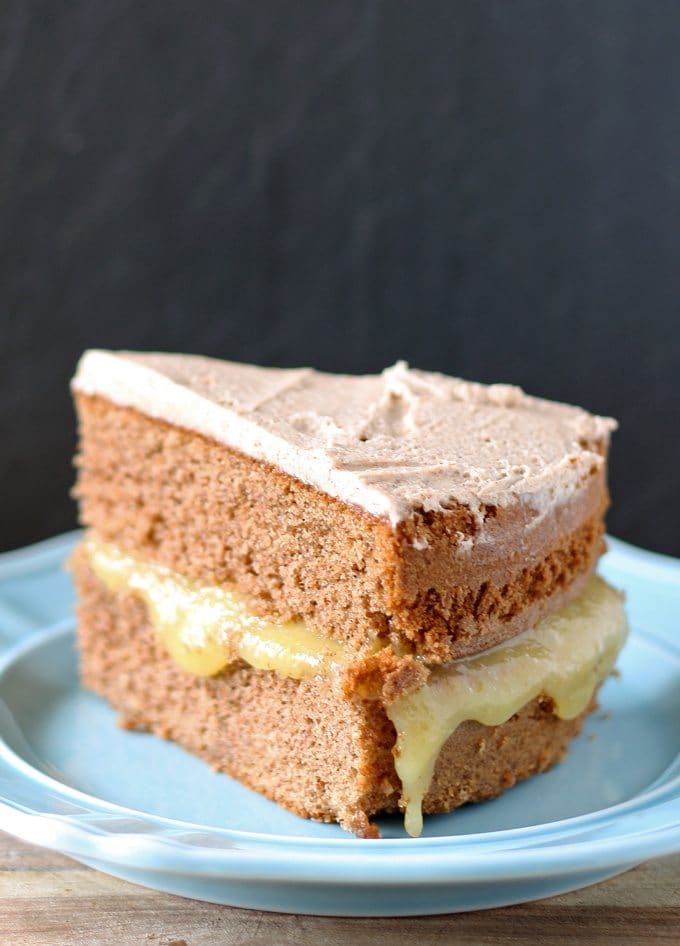 This is the very first cake recipe I am sharing on this blog, and I’m super excited about it. If you couldn’t tell.

I have been waiting to post a cake because, honestly, I hadn’t made many before and I needed to do some practice.  I made a cake a few years ago for my mom’s birthday and it was the saddest cake I had ever seen.  It tasted dry too.

So I decided to practice a little bit, read some cake tips and wait until I felt I was ready.

And I am ready!

If you want to feel “ready” too, here are some of the sources I read when I started all of this baking cake madness. 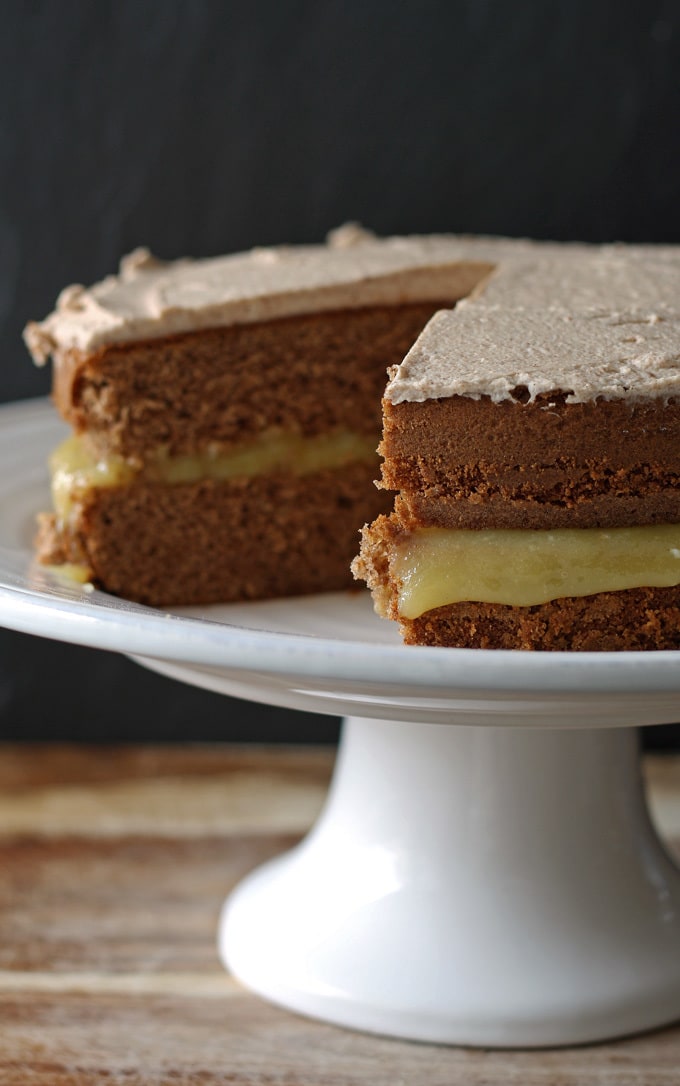 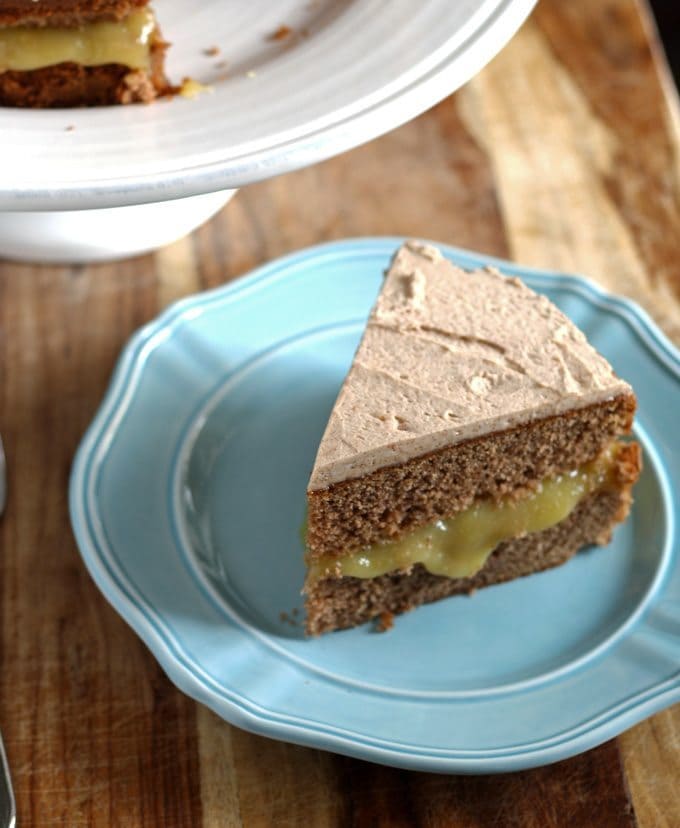 I made the decision not to frost the sides so that you could see how ooey and gooey the apple curd is, but no worries – the frosting part of the recipe makes enough frosting for the entire cake.  Just don’t push too hard when you’re frosting the cake.  The apple curd really wants to escape. 🙂

And to be honest, I should have put the apple curd in an entirely seperate recipe because it is fantastic. If you have never made curd before, don’t be afraid – its easier than it sounds. The hardest part, for me, is getting it to be think enough. I found a great fix for that though: if your curd is too thin, put it into a mason jar, seal it and put it in the freezer for an hour.

Yes, while it is HOT. Then take it out of the freezer when your hour is up and in the refrigerator it goes.

Prepare the Apple Curd 1 day before you plan on frosting the cake.

To Prepare Your Cake 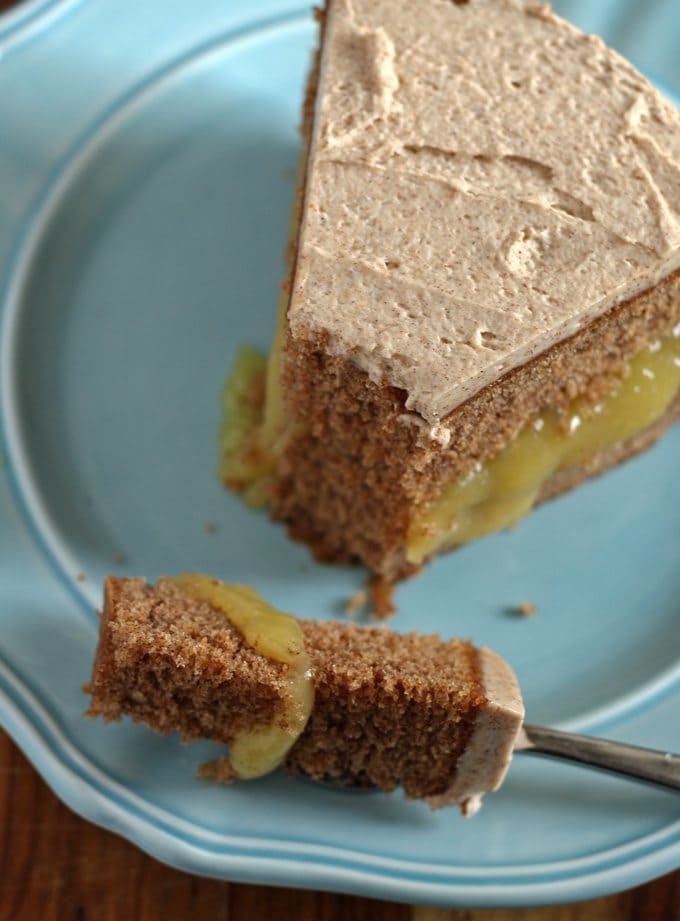 Hi Jenny! Thank you for much from stopping by and visiting. It's always fun to meet new bloggers.

You have a beautiful site, and this cake looks gorgeous!! Mmmm this is my kind of dessert...I just love the holidays!

Have a wonderful weekend, Tammy<3

Thanks Tammy! I love the holidays too :)

Thank you Melody! It tastes really good too. :)

never tried it before or seen anything similar!

That's what I was hoping for!

Wow, the first cake recipe on your blog - and it looks and sounds like a good one!

Thanks Jenn! It is yummy :)