A delicious and easy recipe for slow cooker black bean turkey sausage stew.  It requires very little prep but packs a lot of flavor into every bite! 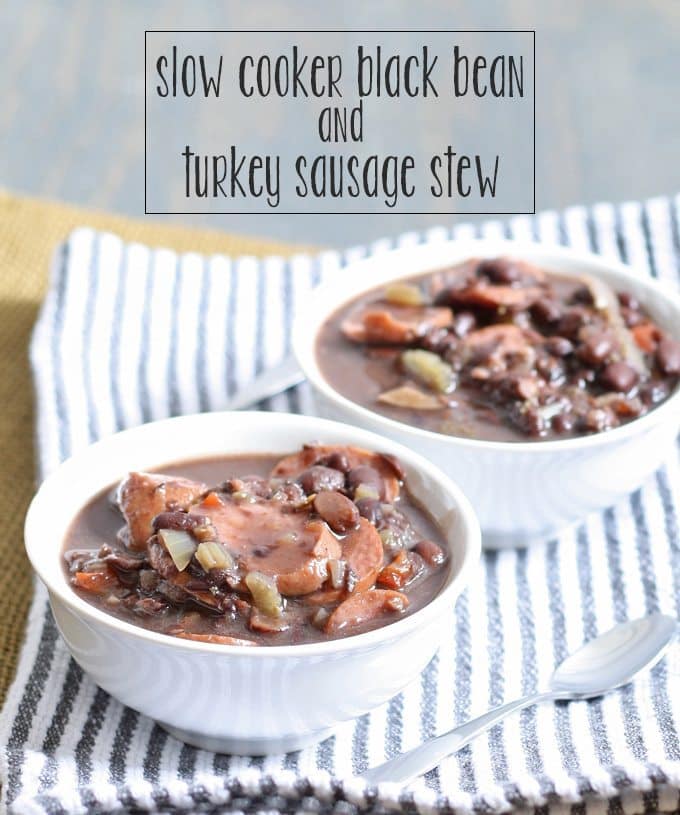 I’ve been working really hard to update my photos and recipes to make them easier to make, understand and look at. New pictures will do that to you – make you hungry and make you want to get cooking.

This recipe was originally published here on June 17 of 2013 and I’ve updated it with some fancy new photos. I’ve also updated the recipe a little bit. My love of black beans, as stated below, has not changed – I am still hopelessly obsessed with them. 🙂

So far, we’ve made black bean burgers, black bean dip, and Cuban black bean soup.  Today, I made slow cooker black bean turkey sausage stew.  It is so delicious and so hearty.

I can still smell the cumin in the kitchen – I love cumin almost as much as black beans. 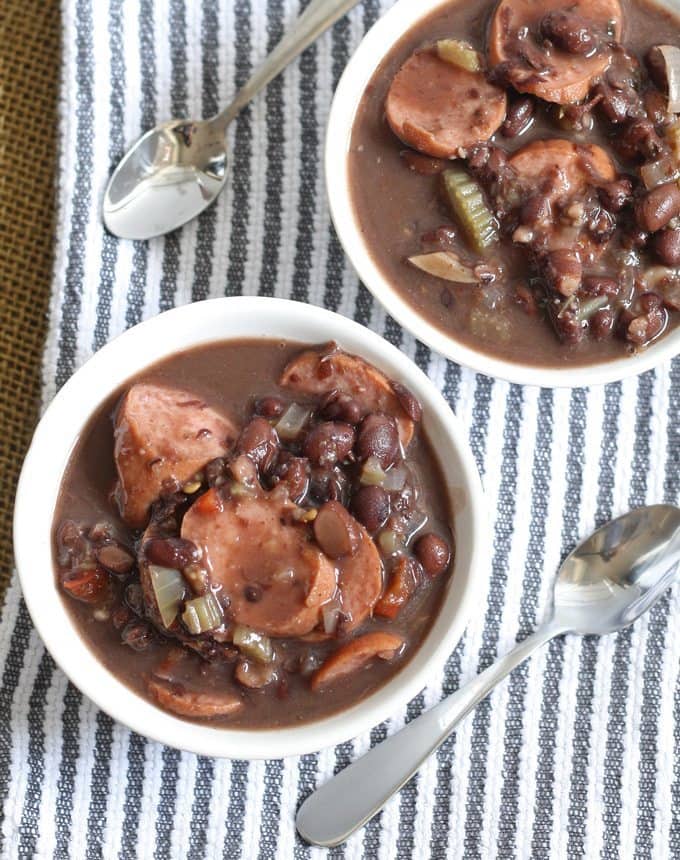 When you have cans and cans of black beans around, its hard not to use them when you’re throwing something together. 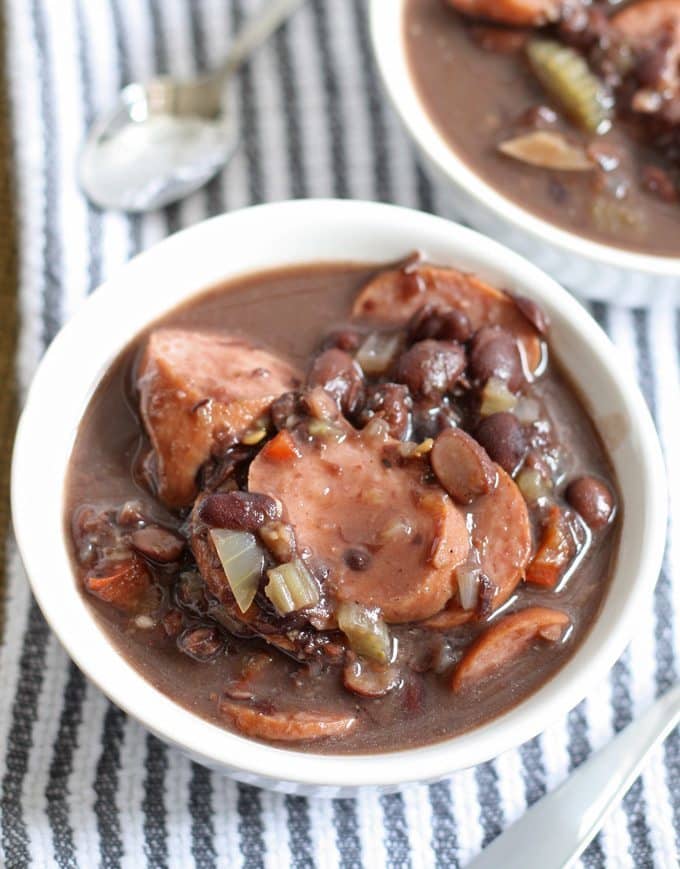 This black bean turkey sausage stew just kind of *happened* one day. My slow cooker was looking at me and I just couldn’t help myself. Mr. B and I were looking for something hearty to eat and I started concocting an idea and then this happened.

If you want a thicker stew, take out 1/2 a cup of chicken broth or puree an additional 1/2 cup of soup before adding the turkey sausage.

Don’t do both however … or your stew will be like paste.

This makes a rather small portion, so when I make it again, I’m going to double the recipe.  And I’m probably going to make it again soon.

I had one helping, and then as soon as I finished I went back right away and had a second helping.  I hope you enjoy it as much as I did.

This looks like a warm and hearty meal. Yum! Please come share your blog posts over at the Home Matters Linky Party! We'd love to have you for a visit. The Door is OPEN. http://lifewithlorelai.com/2015/02/26/home-matters-linky-party-26/ :)

Great recipe. I LOVE black beans too. Can't wait to try it :)

Black beans are my FAVORITE. :)

I am loving this stew! Yummy! Thank you very much for joining in the celebration of #purebloglove, we enjoy having you each week. I hope to see you on Thursday at 8PM, EST through Sunday night. ~Cydnee

You stew looks so good right now, thanks for linking on Friday Feature, I have pinned your post to our Friday Feature Board!!! Have a great weekend, Karren

I have had several different varieites of black bean soup but I love the added protein of the turkey sausage in your recipe. I can't wait to try this! Thank you for linking it up at the This Is How We Roll Thursday party.

Black Bean soups are my absolute favorite :) Thanks for stopping by!