These chocolate coffee cupcakes with a whiskey buttercream frosting and candied bacon are perfect for Father’s day!

This post contains some affiliate links for your convenience. Click here to read my full disclosure policy. Hamilton Beach provided me with a 6-Speed Soft Scrape hand mixer and a 6-Speed Stand Mixer to review and are sponsoring the mixer giveaway. 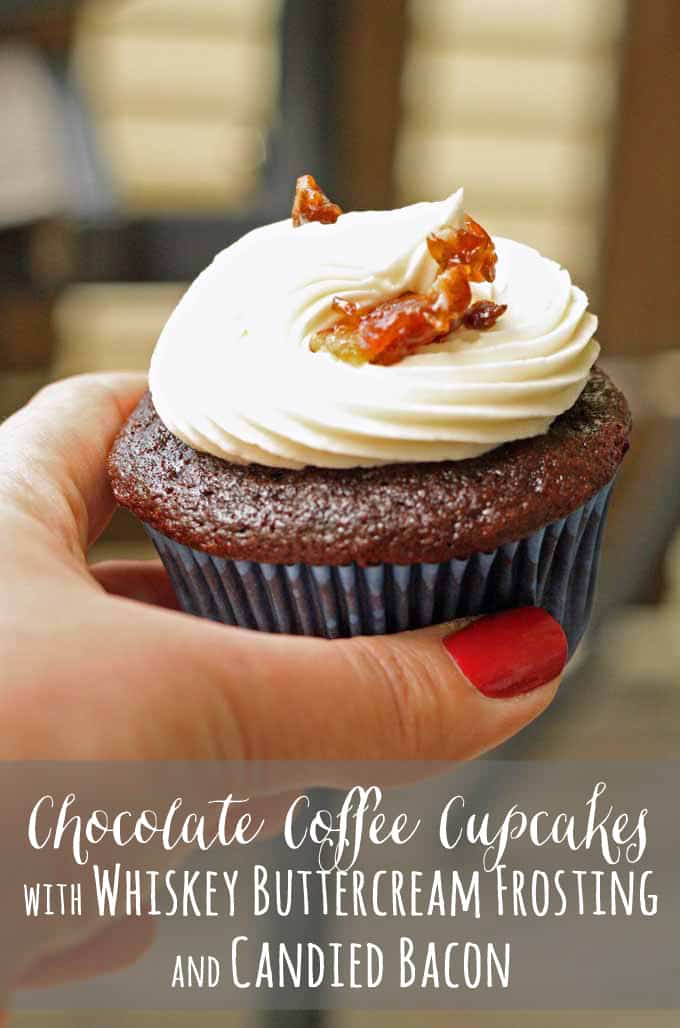 Father’s Day is fast approaching and it’s time to treat our dads to some baked goodies.  I love making baked goods for every holiday and I feel like sometimes dads get the short stick when it comes to sweet treats on their big day.  If tradition carries through, they definitely are getting a bunch of ties (but hopefully not short ties.)

My dad is not the kind of guy to turn down a cupcake.  Nor a piece of bacon.  So I figured if I combined the two ingredients (with two more ingredients that should be consumed in moderation) then it would equal out to a handful of happy Father’s Day thoughts. 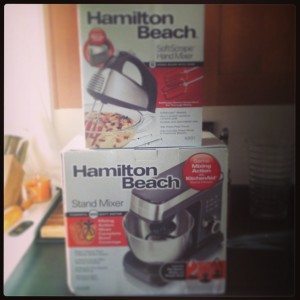 Lucky for me, Hamilton Beach sent over two handy new tools for me to try out – the 6-Speed Soft Scrape hand mixer and The 6-Speed Stand Mixer.

And they are pretty freaking cool.  I have been playing with them all month, trying out different recipes and I finally settled on this recipe for chocolate coffee cupcakes with whiskey buttercream frosting because it gives me a chance to show off both mixers (I used one to make the cupcakes and one to make the frosting).  And the candied bacon on top is pretty awesome too! 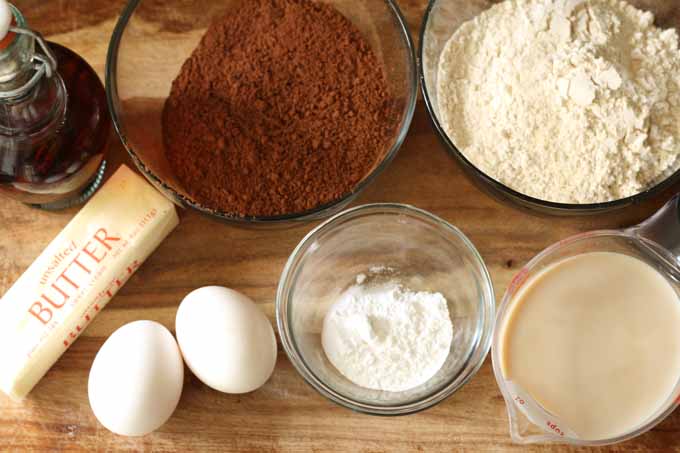 The 6 Speed Stand Mixer has the same mixing action as a similar popular stand mixer (you know which one I’m talking about!) It’s 300 watt motor is powerful!

I probably should have made bread for this write-up just to show you how much power it has.  That’s okay – perfectly mixed cupcakes will do just fine to introduce you to the product. 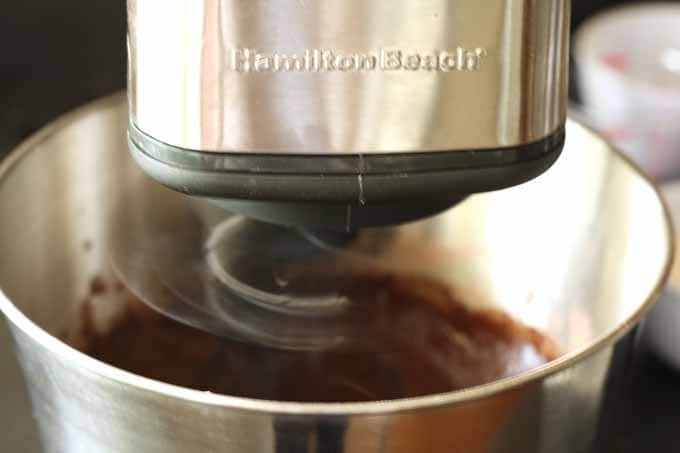 I found this pretty simple recipe for chocolate cupcakes on allrecipes.com and modified it to add the coffee.  It’s a great recipe because the cupcakes are so incredibly moist. 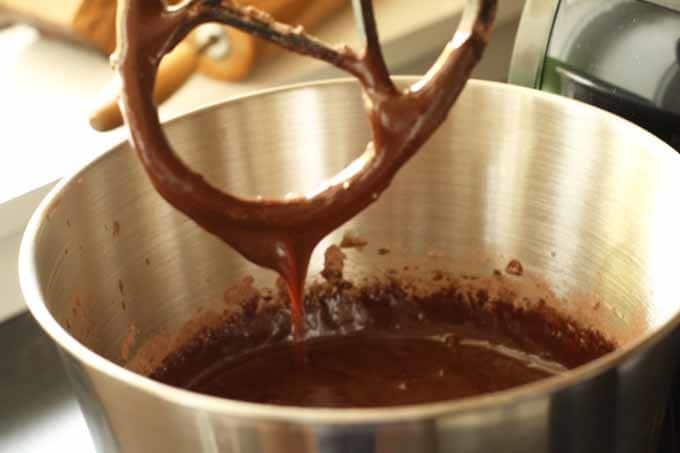 Really watch them at the end so you don’t overcook them because they are really what brings this whole recipe together.  If you want to skip the whiskey and the bacon, plain frosting is great on these cupcakes too because they have so much flavor.  And a slightly healthier cupcake isn’t a terrible thing either. 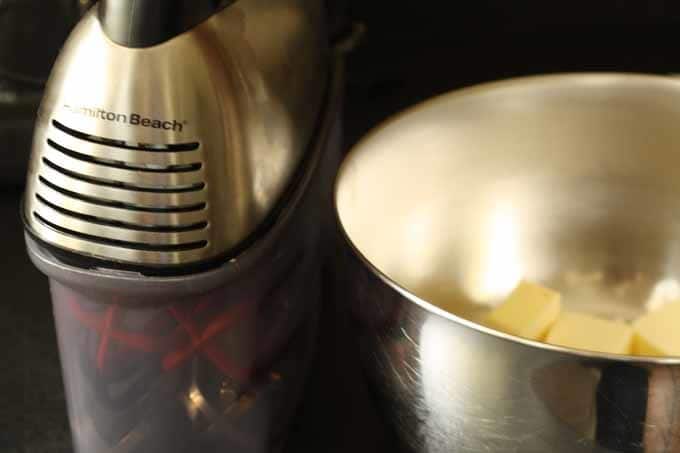 Mr. B thinks both of these mixers look great on our counter – we’re big fans of the stainless steel look.  I especially like how all the hand mixer pieces fit so nicely into the storage case (which snaps on!) for the Soft Scrape 6 Speed hand mixer.  It’s hands down a great hand mixer. 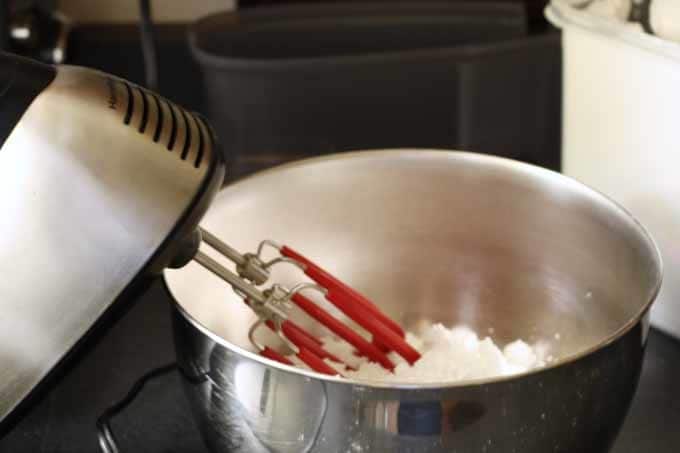 One of the things I like the most is that you don’t have to stop and scrape the bowl at all.  It’s helped me make a few batches of mashed potatoes so far (in addition to this frosting.)  See the red stuff in the picture above?  Yeah, that scrapes the bowl for you without the risk of ruining the bowl.  You could even mix right in your baking dish if you wanted to. 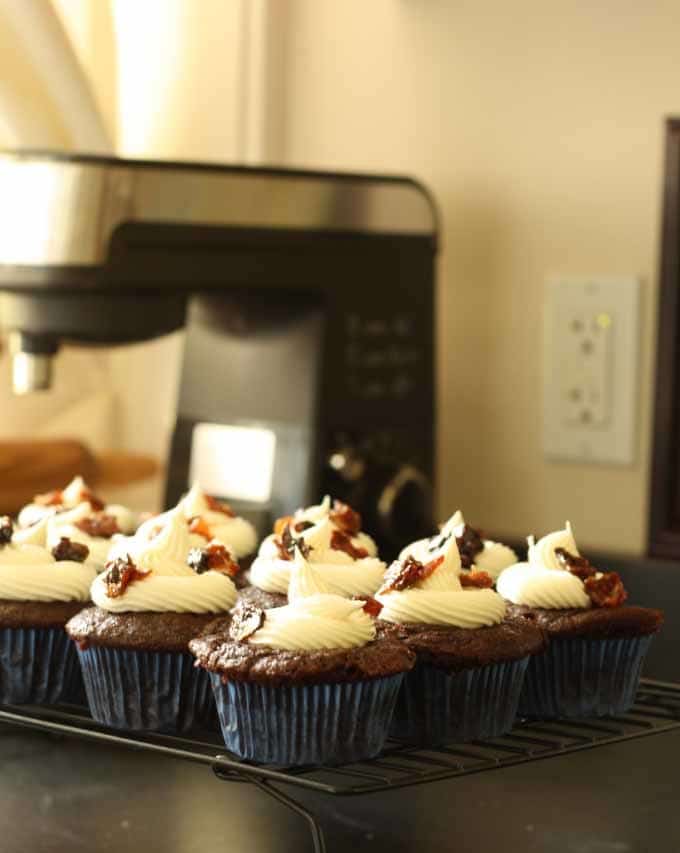 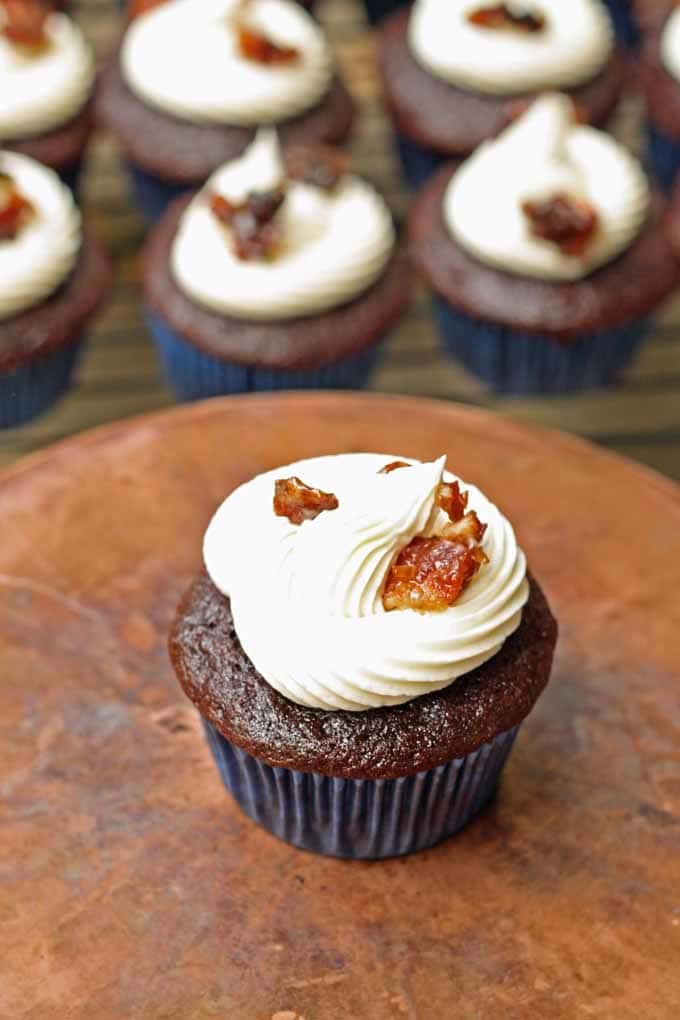 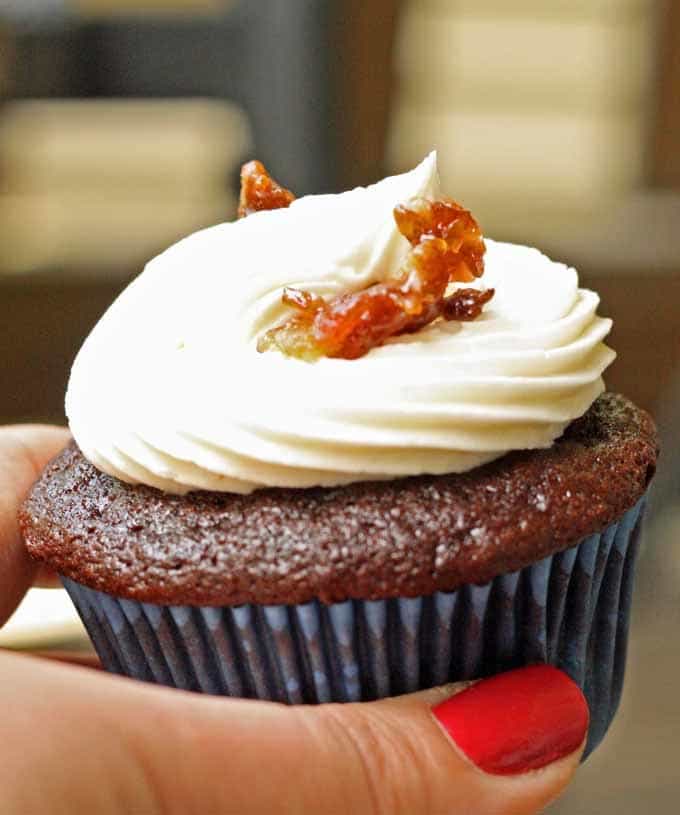 Disclosure: Hamilton Beach provided me with a 6-Speed Soft Scrape hand mixer and a 6-Speed Stand Mixer to review and are sponsoring the mixer giveaway.

These cupcakes look so delicious!!!

This is different than anything I have ever had. It looks and sounds very good

I love chocolate and coffee so these sound good. Thank you for sharing

I would make a cake.