By: Author Jenny B 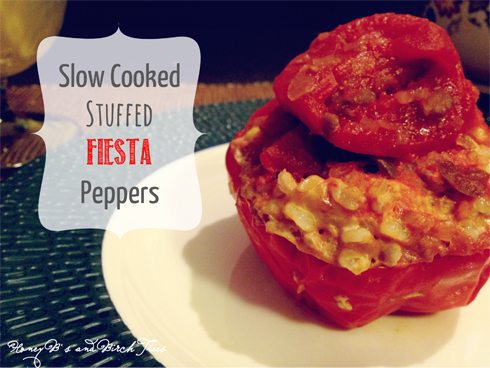 This recipe was created when we planned to make pepper steak, and forgot about it and the steak went grey. Never a good sign. Dinner had to be made, and errands had to be run, so we pulled out slow cooker #2 (we made this and the Jalapeño Chicken on the same day.)

What do you make when you have a bunch of bell peppers but no steak? 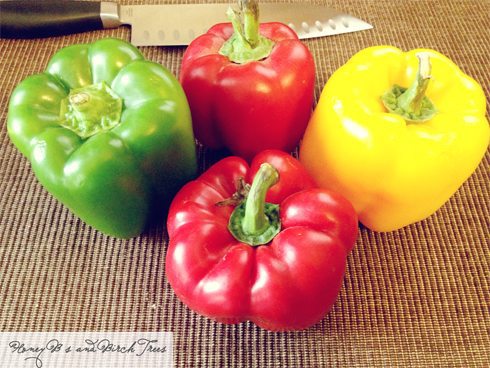 I went through all my cupboards and put this baby together – it kind of reminds me of meat loaf inside the peppers. I was very surprised with what random ingredients I had, and they all come together nicely in this recipe. This recipe is my second jalapeño recipe for the weekend, but the spice is much more subtle in this one. 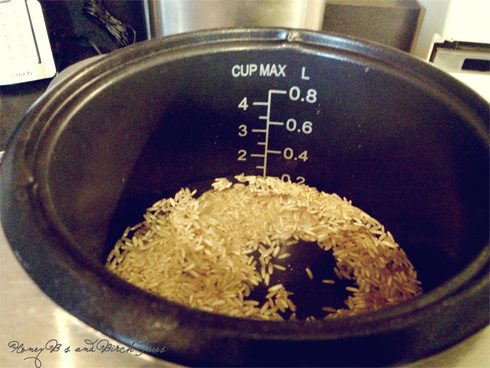 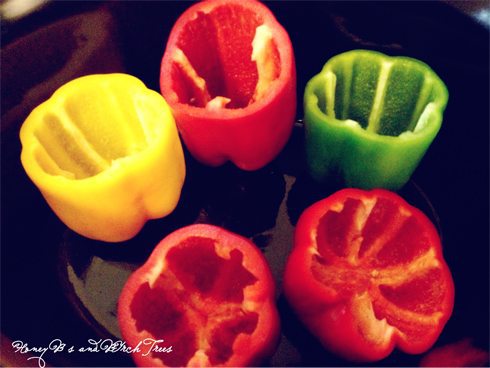 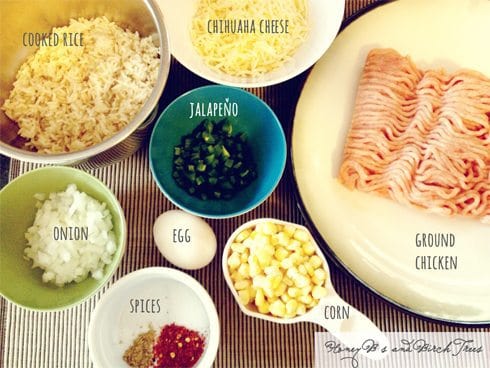 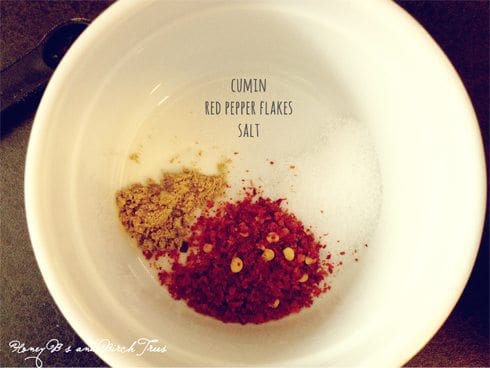 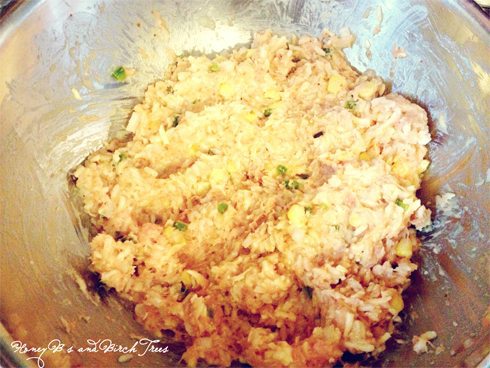 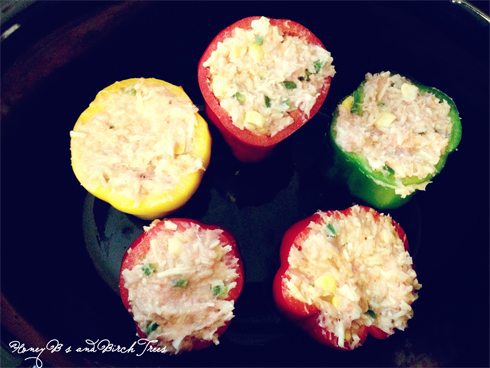 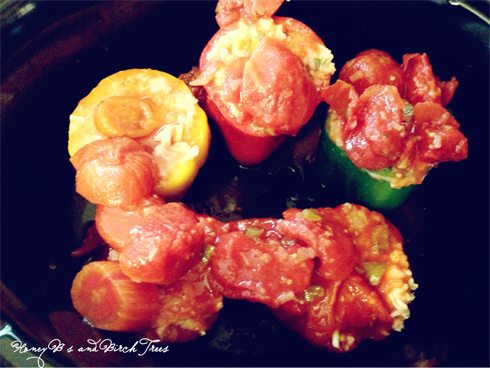 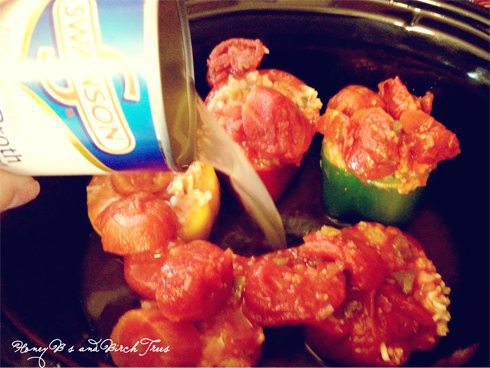 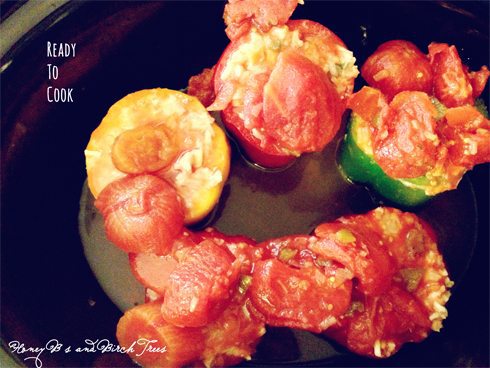 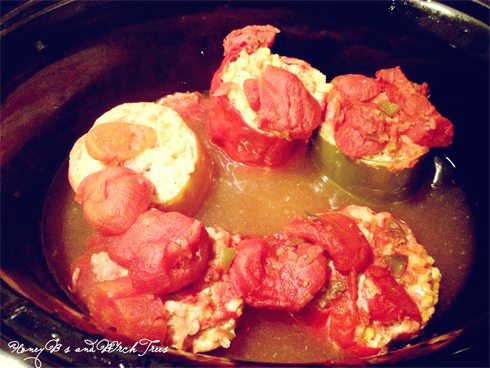 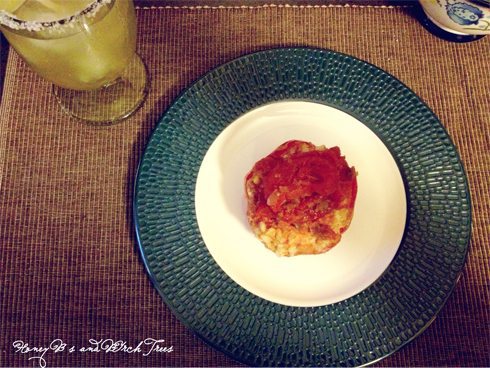 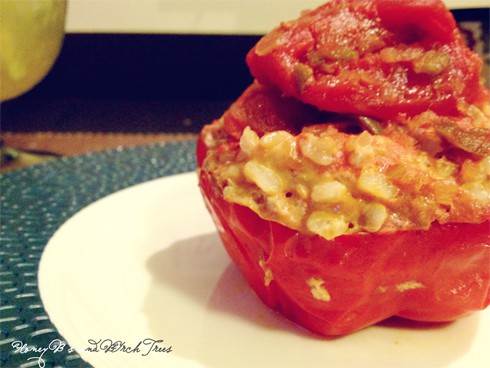 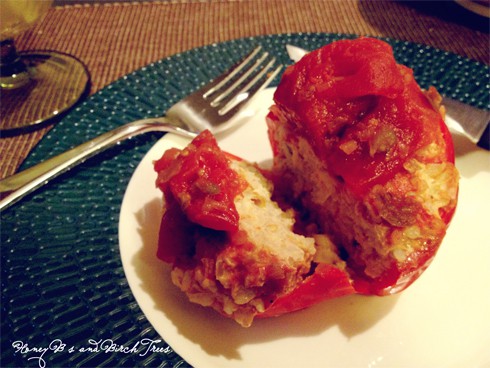 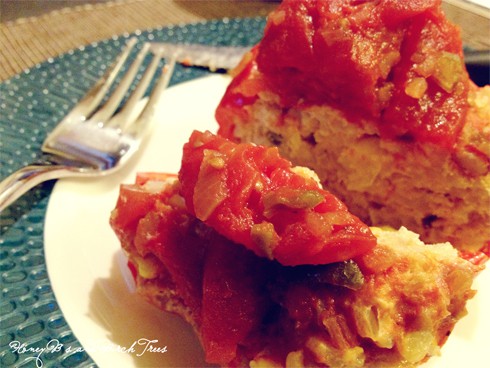 These are delicious!!! I had to stop myself from eating two otherwise I wouldn’t have enough for both us to have lunch the next day.

And stay tuned for a Honey (B’s and Birch Trees) Margarita later this afternoon. 🙂 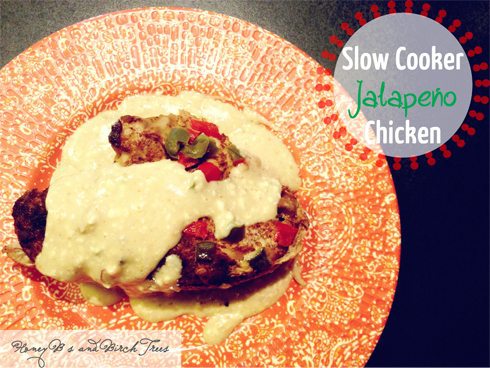 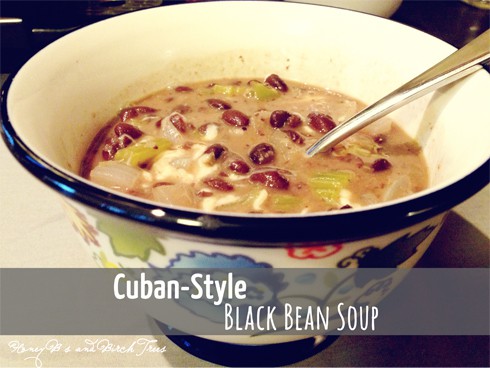